Cracked was a US American humour magazine and a direct competitor of MAD. The first issue was published in 1958 and the magazine was able to last until 2007. This makes Cracked the most successful humour magazine after MAD. Cracked has many similarities to MAD magazine. The style of the magazine and the kind of humour were very similar. Like the big role model, Cracked also had a mascot on the cover. His name was Sylvester P. Smythe. This character was often referenced as the janitor of Cracked magazine. 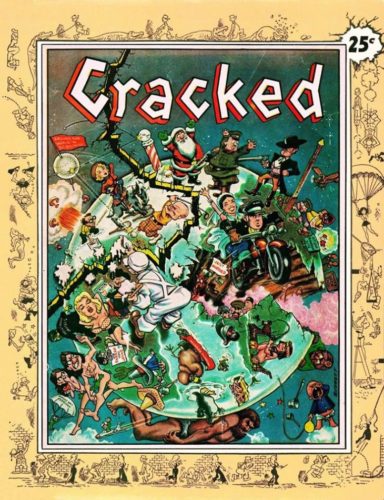 On this page you’ll find all known Cracked publications. They are divided into countries and series. Most issues were clearly sold in the USA. In Germany the Cracked Magazine started several times under a different name.

For Monsters Only Annual